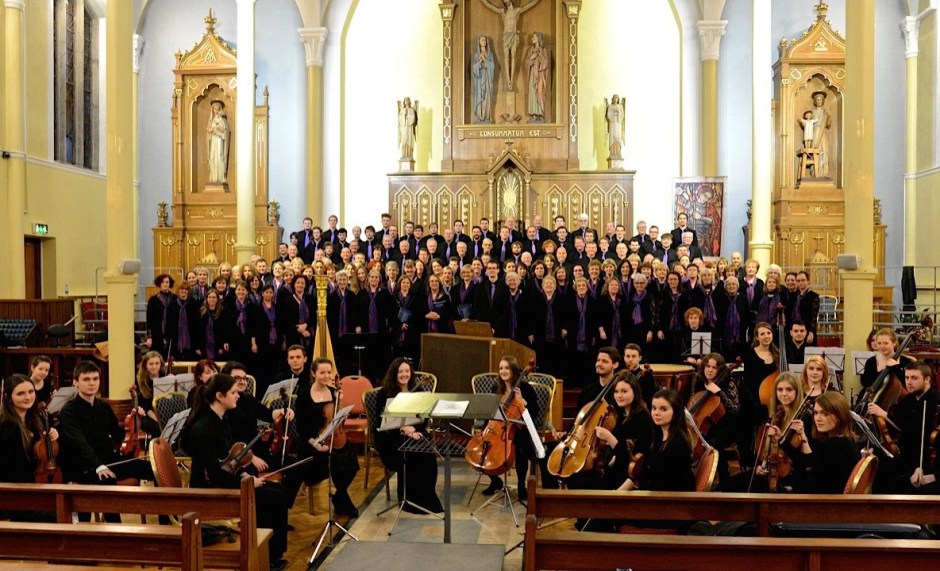 “Toward the Unknown Region” was an important work in the output of Vaughan Williams in that it was his first major composition to draw attention from both public and critics. Stylistically, it is related to the Symphony No. 1, (“A Sea Symphony”), which also used texts by Walt Whitman, one of the composer’s favorite poets. The work premiered in 1907 and won Vaughan Williams acclaim as the foremost young composer of the day. It is romantic in style and transcendental in mood, bursting forth with remarkable and powerful joyfulness at the conclusion.

Composed in 1959, Poulenc’s Gloria, for soprano, chorus & orchestra, is one of three sacred pieces from the composer’s “mature” years. Poulenc’s own description of the second movement captures the essential nature of his approach to sacred music: “I was simply thinking, in writing it, of the Gozzoli frescoes in which the angels stick out their tongues; I was thinking also of the serious Benedictines whom I saw playing soccer one day.” This mixture of lightheartedness and spirituality has come to be one of the composer’s trademarks.

The Cork School of Music Symphony Orchestra comprises senior part-time students of the Cork School of Music still completing their second-level education, and some of those pursuing full-time undergraduate and postgraduate courses in the CIT Cork School of Music – Ireland’s largest provider of conservatory education in music and drama. Apart from performing the standard 19th- and 20th-century literature, the CSMSO fulfils an annual commitment to accompanying the winner of the CSM’s Senior Concerto Competition, performing oratorios with the Fleischmann Choir (the CSM’s adult mixed-voice choir), commissioning and premièring new works by composers, and supporting the undergraduate Orchestration classes. The orchestra has achieved an enviable international reputation for its achievements, and provides its members (many of whom have gone on to become professionals) with a thorough and broad-spectrum training in orchestral playing. 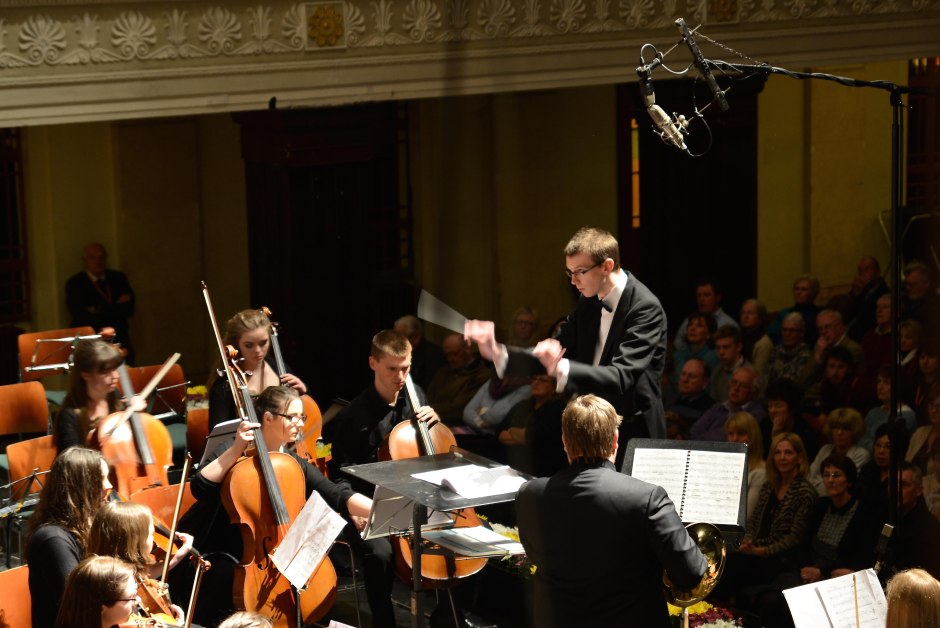 The Fleischmann Choir was founded in November 1992. Initially called the Cork School of Music Symphony Orchestra Chorus, it sang in public for the first time on 22 April 1993 when it gave a concert with the RTÉ Concert Orchestra in Cork’s City Hall to mark the opening of the 40th Cork International Choral Festival. The programme was of music by Aloys Fleischmann – one of the founders of the Cork International Choral Festival and its long-serving Festival Director – who had died the previous year. Shortly after this concert, with the permission of the family, the choir was renamed in memory of the man who did so much to further the cause of choral music and choral singing in Ireland. The choir was then led until 2013 by founder-conductor Dr. Geoffrey Spratt. The choir specialises in singing large-scale works for choir and orchestra.

Soprano Mary Hegarty’s early studies at the Cork School of Music led to a place at the National Opera Studio in London and masterclasses with Sir Thomas Allen, Dame Elisabeth Schwarzkopf and Sir Peter Pears. She represented her country at the Cardiff Singer of the World Competition and subsequently built an impressive career throughout Europe on the operatic stage, concert platform and in regular broadcasts with RTE and the BBC. 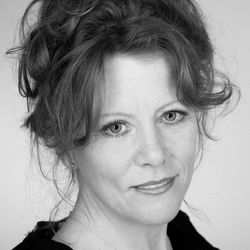 Mary Hegarty’s recordings include her solo album A Voice is Calling, and CD recordings of Patience and Orpheus in the Underworld with the D’Oyly Carte (Sony), also Silver Tassie (ENO) and Carmen (Chandos) with Glyndebourne Opera. Mary played Gilda in Woody Allen’s movie Matchpoint and appeared in special BBC TV broadcasts and DVD recordings of Bernstein’s Trouble in Tahiti and Rachel Portman’s The Little Prince. Since returning to live in Cork, Mary has been a lecturer in vocal studies at the CIT Cork School of Music; her students have performed at English National Opera, Garsington Opera and the BBC Proms. One of her students featured in the final stages of BBC TV series The Voice UK – mentored by Sir Tom Jones. Mary was recently the voice and language coach for a British Youth Opera production of Riders to the Sea. She has also developed duo partnerships for recital work with Ciara Moroney and Gabriela Mayer, specialising in German and French song.

Mary was nominated for an Opera Bear Award for her portrayal of Miss Wordsworth in Opera North’s acclaimed production of Britten’s Albert Herring. She repeated the role this summer in a new production at Buxton Festival Opera. She has also cemented her status as a Cork icon with a cameo appearance alongside indie band the Frank and Walters at their sell-out anniversary concert!

Conor Palliser has quickly established himself as one of Ireland’s leading young conductors and accompanists. He is the conductor of the Fleischmann Choir; the Cork School of Music Symphony Orchestra; chorus master to the Cork Operatic Society; and on the staff of the CIT Cork School of Music as a conductor, lecturer, piano teacher and coach accompanist. His piano and French horn teachers – Mary Beattie and Seán Clinch respectively – had a prodigious influence on his musical development.

Conor is also a highly-regarded horn player having worked professionally with the RTÉ National Symphony Orchestra, the RTÉ Concert Orchestra, the Irish Chamber Orchestra, Wexford Opera and Camerata Ireland as well as being a former member of the European Union Youth Orchestra and International Youth Wind Orchestra. He has also worked alongside both the Callino Quartet and RTÉ Contempo Quartet.

As a piano player, Conor has appeared on stage at the NCH, Dublin, in a performance of Stravinsky’s Concerto for Piano and Winds and his debut piano recital in 2008 was broadcast by RTÉ’s lyric fm from the John Field Room, NCH. In recent times, he has been the official accompanist for the Irish Chamber Orchestra, and is hugely in demand to accompany young musicians in competitions and festivals across Ireland. In 2010, Conor was a finalist in the inaugural Irish Freemasons’ Young Musician of the Year.

Conor first studied conducting with Alan Cutts during his BMus Degree and from 2009 to 2011, Conor undertook a conducting mentorship with Dr. Geoffrey Spratt at CSM. In 2010, Conor was privileged to become a beneficiary from the Bryden Thomson Trust for Young Conductors and it was decided to extend this support in 2012. Following his professional conducting debut with the RTÉ Concert Orchestra in 2011, Conor has been invited to conduct them on several subsequent occasions including a performance in the presence of President Michael D. Higgins as part of the Easter 1916 anniversary festivities. He conducted the RTÉ National Symphony Orchestra on their sold-out Irish tour in 2015 and again the following July in their sold-out final Summer Lunchtime Series concert in the National Concert Hall, Dublin. In May of 2016, Conor made his debut with the Ulster Orchestra on a week-long concert series across Northern Ireland. Following his Carnegie Hall debut with the New York Concerti Sinfonietta last October the Epoch Times wrote that Conor is an “outstanding Irish conductor.”

Matthew Haddock is an MA student of Conor Palliser at the CIT Cork School of Music. Matt completed a Bachelor of Music Education Degree from Texas Tech University in 1989 with a dual focus on voice, under the tutelage of John Gillas, and piano, studying with Richard Redinger. While an undergraduate, he served as accompanist for numerous vocal and instrumental recitals, musical director and vocal coach for opera and musical theatre productions, performance pianist for Mark Blitztein’s The Cradle Will Rock and Giancarlo Menotti’s The Medium and Amahl and the Night Visitors, and sang the roles of Joey in Frank Loesser’s The Most Happy Fella, Harry Beaton in Lerner and Loewe’s Brigadoon, and one of Horace Tabor’s cronies in Douglas Moore’s opera The Ballad of Baby Doe.

After completing his musical studies, Matt served as Director of Choirs for a public school district and as Music Director for several churches in Texas. In 1994, he decided to pursue studies in law, obtained a Doctor of Jurisprudence degree from Baylor University School of Law and was admitted to the State Bar of Texas in 1997. For the past 21 years, Matt’s legal practice has generally focused in the area of real estate. After the mortgage crisis of 2008, Matt assisted in the successful resolution of some $4 Billion in debt, helping borrowers avoid acquisition by investment funds. He has also provided assistance to U.S. Congressional Oversight committees and his work is published in the U.S. Congressional Record.

In 2017, Matt returned to his musical roots to pursue conducting, coming to Cork from Fort Worth, Texas. Since commencing his studies at CSM, he has conducted Haydn’s Symphony No. 49, Mozart’s Symphony No. 40, and Copland’s Appalachian Spring (original chamber orchestration). He has also sung in the Faure Requiem and the Brahms Requiem with the Fleischmann Choir, for which he currently serves as bass section leader. In August of 2018, he attended the George Hurst Conductors’ Course at the Sherborne Summer School of Music, under the direction of Rodolfo Saglimbeni, where he had the privilege of conducting the repertoire orchestra in a public performance of the “Finale” from Stravinsky’s Firebird Suite. Most recently, at the invitation of their director Ben Jacob, Matt provided workshop coaching to the UCC Singers to prepare for this year’s 30th Anniversary Sligo International Choral Festival where they won the Grand Prix Trophy. He will also be conducting the UCC Singers in Christmas Concert performances at the Honan Chapel. 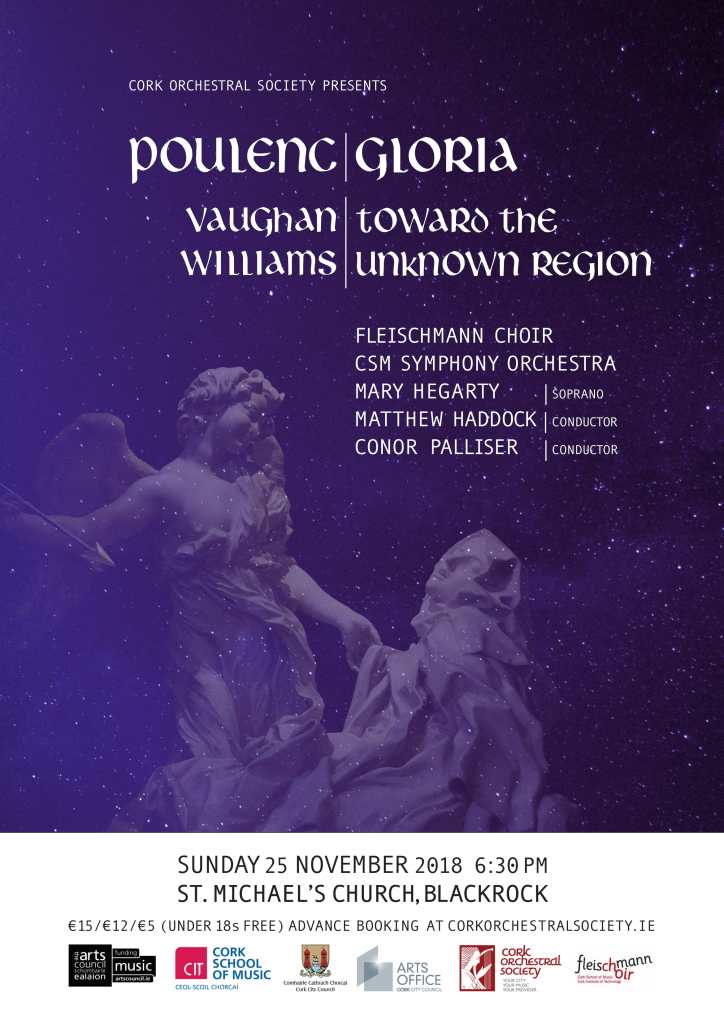