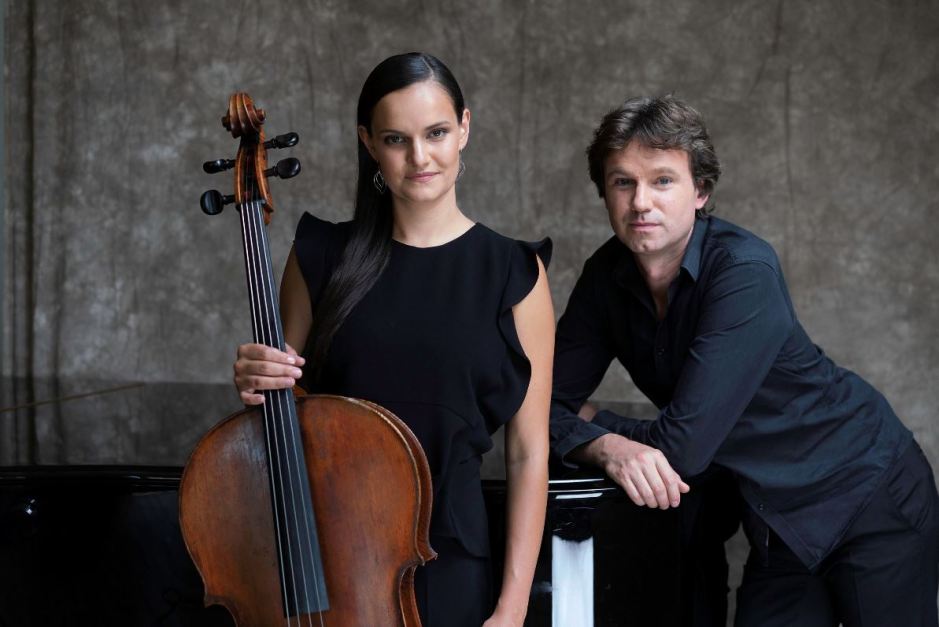 Raphaela Gromes is an exceptional young cellist who has quickly garnered a slew of rave reviews for the incredible intimacy of her playing, her musical imagination, and thrilling virtuosity. Add to this her symbiotic duets with partner Julian Riem and you’re set for a truly inspiring evening.

Winner of many international prizes, Gromes has performed extensively throughout Europe in prestigious venues like the Tonhalle Zurich, Concertgebouw Amsterdam, Konzerthaus Berlin and Konzerthaus Wien, and several composers have already dedicated cello concertos to her, including Valentin Bachmann and Mario Bürki.

A renowned soloist and award-winning pianist, Julian Riem has appeared with many of Europe’s leading orchestras. He is a passionate advocate of contemporary music and a sought-after chamber musician: in addition to his work with Raphaela Gromes, he is a member of the Munich Horn Trio and the Velit Quartet.

On this tour the duo will perform a new piece by Kevin Volans commissioned by Music Network.

“I was so impressed listening to the Gromes Riem Duo performing the Debussy Sonata at a master class in Munich recently. Admittedly it is not a natural setting for performance, yet the duo played with great aplomb. But what impressed me most was the obvious wish to communicate the content to their public.

It is their courageous curiosity and energy that impressed me. Their commitment to one another as duo partners for four years is further testimony to their commitment to forge a lasting meaningful musical partnership, and to share their musical discoveries with a larger public.” Yo-Yo Ma, 02/2016 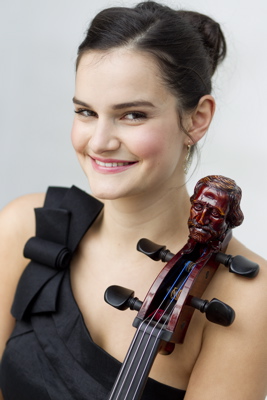 Raphaela Gromes received her first cello lessons at the age of four. Being only seven years old, she already accompanied her parents – both being cellists – on stage. Her solo debut with Friedrich Gulda’s cello concerto in autumn 2005 was highly acclaimed both by the audience and the media. In consequence numerous concerts with the great cello repertory followed.

Various composers have already dedicated cello concertos to her: the world premiere of Dominik Giesriegel’s cello concerto in 2012 was followed by that of Valentin Bachmann’s cello concerto performed by the Philharmonic Orchestra Budweis conducted by David Svec. The third world premiere, the double concerto “Chroma” that Mario Bürki had written for Raphaela Gromes and Cécile Grüebler in 2014, brought her into contact with the Swiss military orchestra. Further on she collaborated with Kent Nagano and the Czech Philharmonic as well as with Christoph Altstaedt and the Beethoven Orchestra Bonn.

In addition to her career as soloist she is also devoted to chamber music. Her chamber music partners are amongst others Christian Altenburger, Isabelle von Keulen, Alexander Lubimov, Patrick Demenga and Mischa Maisky. Together with her duo-partner, the pianist Julian Riem, she regularly gives concerts throughout Germany and abroad.

Her first recordings that were taken with her longtime piano partner Julian Riem, were released by Farao Music in 2014. Since 2016 she is one of SONY Classical exclusive artists. In September 2017 her first SONY-CD with the works of the late Romantic composers Giuseppe Martucci, Leone Sinigaglia, Ferrucio Busoni and Mario Castelnuovo, that she recorded with her partner Julian Riem, will be released.

Raphaela Gromes has already won numerous prizes: in 2011 she was awarded the Musikförderpreis des Konzertverein Ingolstadt (young musicians’ scholarship), in 2012 she was first in the Competition Richard Strauss. In 2012 she was granted a scholarship of the Studienstiftung des Deutschen Volkes (German National Merit Foundation) and has been supported by Yehudi Menuhin Live Music Now since then. Furthermore she received the scholarship of the Hans and Eugenia Jütting Foundation Stendal. Raphaela Gromes and her duo cello partner, Cécile Grüebler, received the Förderpreis der Theodor-Rogler-Stiftung Bad Reichenhall (young musicians’ scholarship) in 2014. In 2016 she was first in the cello solo competition of the German Music Council and became one of this year’s young talented musicians who receive special promotion (“Bundesauswahl Junger Solisten”). She was first prize winner of the Kulturkreis-Gasteig competition in 2012 and 2016 and also of the international Concorso Fiorindo Turin in 2013.

Raphaela Gromes’ cello is a Jean-Baptiste Vuillaume instrument of 1855 that is provided by a private benefactor.

Julian Riem, native of Munich, Germany, studied with Michael Schäfer at the Hochschule für Musik und Theater in Munich and with Michel Béroff at the Conservatoire National Supérieur in Paris. He continued his studies with Rudolf Buchbinder at the Basel Music Academy, where he received a degree in solo performance with high honors.

He is the winner of international piano competitions in Modena and Florence (Italy) as well as in Madrid (Spain) and was awarded a scholarship at the national German Music Competition. 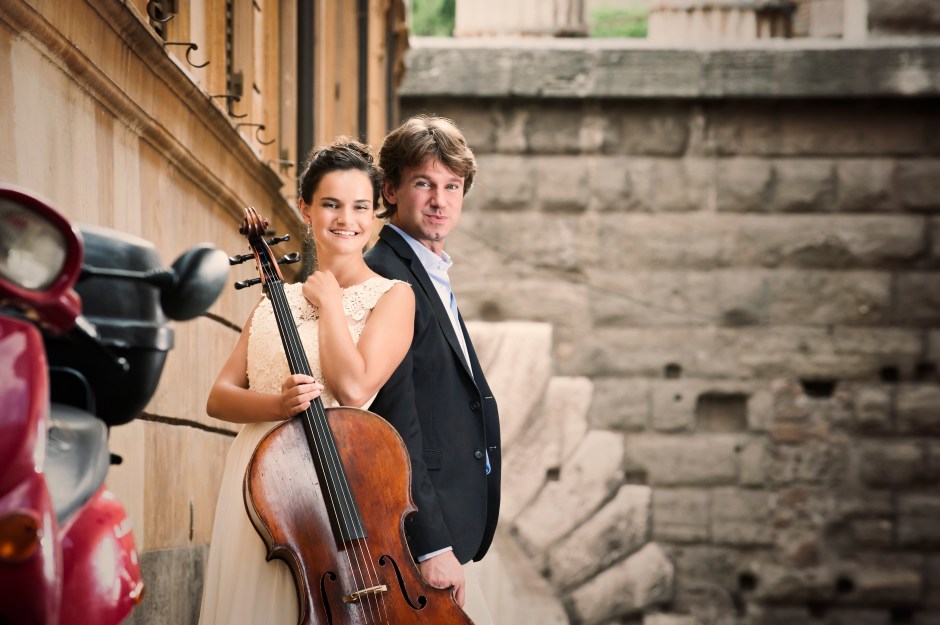