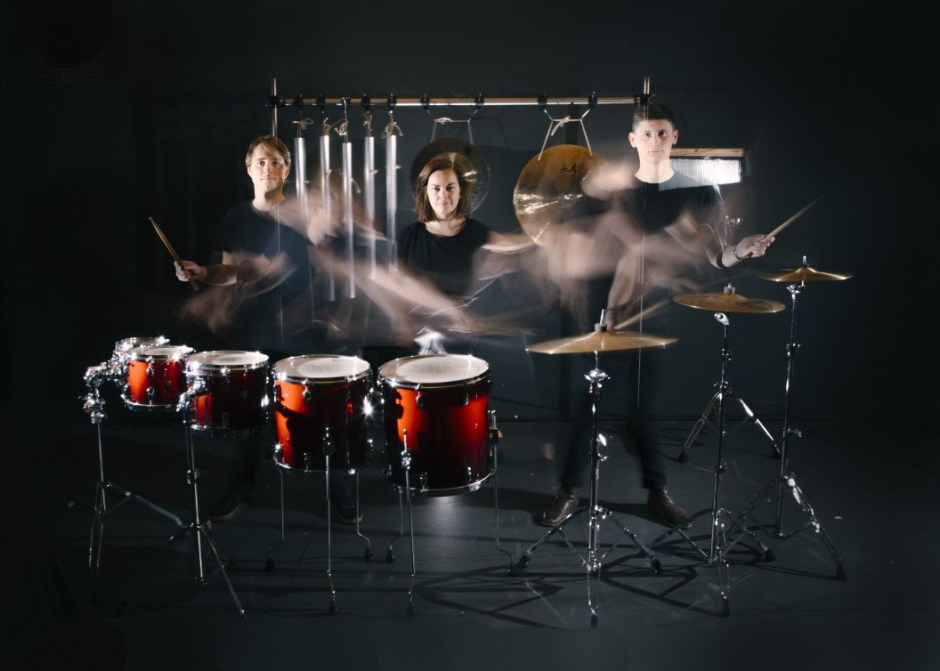 The Bangers and Crash Percussion Group is a collective of Irish percussionists who regularly collaborate for a wide range of projects. For this concert, three young and energetic virtuosos – Alex Petcu, Emma King and Brian Dungan – cook up a menu of new music which will tickle tastebuds and defy expectations.

Presented in association with Music Network.

Having a physics background can be a useful thing indeed if you are ace percussionist Alex Petcu. So the required sounds don’t exist on conventional instruments? No problem, you just invent and build what you need. And that’s what audiences can expect when he and fellow percussion adventurers Emma King and Brian Dungan take to the road with their kit bag of the usual suspects of the drum world, along with a fascinating array of metal, wood, string, and some surprising household objects.

The group’s appetite for exploring rhythmic influences from around the world – Flamenco, Afro-Cuban, Javanese gamelan – is healthy, hearty and irrepressible. Audiences can look forward to a rich and varied selection of music by composers including Philip Glass, Steve Reich and Thierry De Mey, as well as a new Music Network commission by Alex Petcu.

Alex Petcu has established himself both nationally and internationally as a percussionist of the finest calibre. He is well-known for his incredible solo and chamber music performances and has featured as a soloist with the RTÉ National Symphony Orchestra, RTÉ Concert Orchestra and Irish Chamber Orchestra. He also holds an MSc in Physics from UCC, so if the required sounds don’t exist on conventional instruments he just invents and builds what he needs. 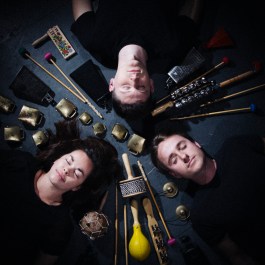 Emma King is a London-based percussionist whose reputation has grown rapidly in the UK music scene, in particular through her performances as a Cajónero with the Glasgow and London Drum Shows. She joined the West End/Broadway percussion show STOMP in 2014 and has toured extensively throughout Europe, Asia and South America with the company.

Brian Dungan is in high demand as an orchestral percussionist and works regularly with the RTÉ National Symphony Orchestra, RTÉ Concert Orchestra, Ulster Orchestra and Crash Ensemble. He featured in Steve Reich’s famous Music for 18 Musicians in a collaborative performance with Crash Ensemble, Bang on a Can Allstars and Sō Percussion in Dublin in 2014.