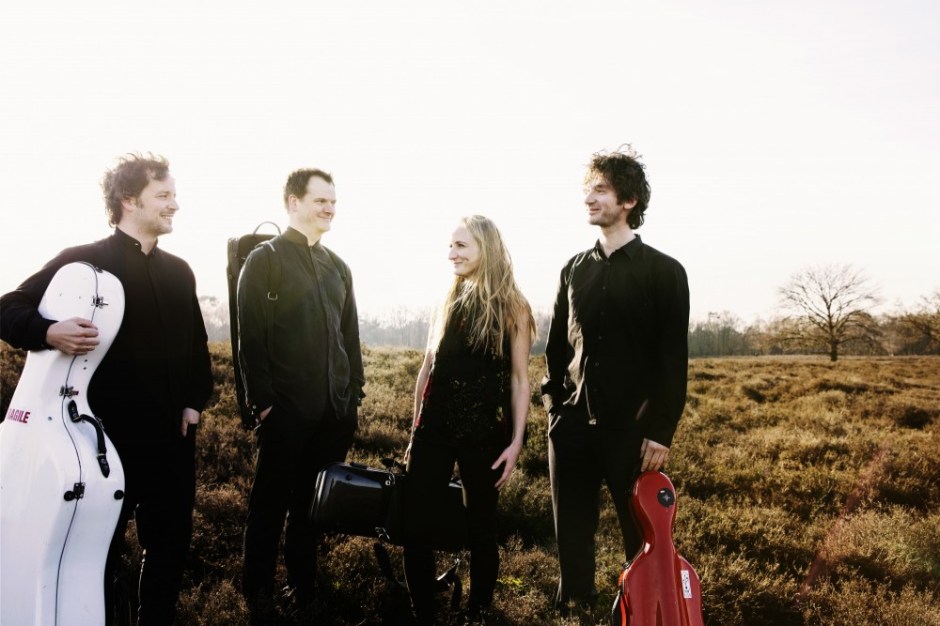 Since its formation in 2002, the Navarra Quartet has built an international reputation as one of the most dynamic and poetic string quartets of today. For this concert, titled “Love and Death”, the programme features contrastive masterpieces by Schubert, Janáček, Turina and Puccini, plus two sublime works from the acclaimed contemporary Hungarian composer György Kurtág.

Presented in association with the National String Quartet Foundation.

Since its formation in 2002, the Navarra Quartet has built an international reputation as one of the most dynamic and poetic string quartets of today. Selected for representation by the Young Classical Artists Trust (YCAT) from 2006 to 2010, they have been awarded the MIDEM Classique Young Artist Award, a Borletti- Buitoni Trust Fellowship, a Musica Viva tour and prizes at the Banff, Melbourne and Florence International String Quartet Competitions.

Highly-acclaimed recordings include Haydn’s The Seven Last Words for Altara Records and a disc of Pēteris Vasks’ first three String Quartets for Challenge Records, which they recorded whilst working closely with the composer himself. The recording was described by critics as “stunning”, “sensational” and “compelling”, and was nominated for the prestigious German Schallplattenkritik Award. More recently, the Navarra Quartet recorded a disc for NMC Records featuring the music of Joseph Phibbs and future recording plans include the three great quartets of Schubert and Britten.

Formed at the Royal Northern College of Music, they commenced their studies under the guidance of the late Dr. Christopher Rowland. Their development continued with studies in Cologne with the Alban Berg Quartet, Pro- Quartet in Paris, the International Musicians Seminar at Prussia Cove and from residencies at the Britten-Pears School in Aldeburgh and at the Verbier Festival in Switzerland. A constant desire to evolve sees the quartet play regularly to revered musicians such Eberhard Feltz, Ferenc Rados and Gabor Takacs Nagy. They also enjoy teaching the next generation in masterclass and summer courses. They recently completed a three year residency as the Associated Ensemble at the Birmingham Conservatoire.

The Quartet plays on a variety of fine instruments which include a Hieronymus II Amati and Jean-Baptiste Vuillaume (kindly loaned to Marije by a generous sponsor through the Beares International Violin Society), an unknown, old English viola and a Grancino cello made in Milan in 1698, generously on loan from the Cruft – Grancino Trust which is administered by the Royal Society of Musicians.

Highlights this season and beyond include appearances at the Lincoln Centre New York, Queen Elizabeth Hall, Wigmore Hall and the Concertgebouw, Amsterdam.

The Navarra Quartet are excited to direct the 6th edition of the Weesp Chamber Music Festival in the picturesque town of Weesp, close to Amsterdam.