A recital for clarinet and piano by Macdara Ó Seireadáin and Gintaras Januševičius. The celebrated duo first met in 2008 while studying in Germany, and began performing in together in 2010. Since then they have delighted audiences on tours through Germany, Lithuania, Ireland and Switzerland.

Johannes Brahms
Clarinet Sonata No.1 in F minor, Op.120 No.1 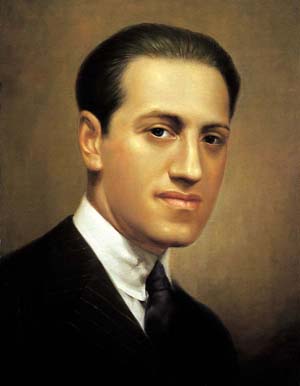 The Italian composer Michele Mangani is not only a conductor and prolific writer of wind ensemble music, he is also a clarinetist and has composed extensively for the instrument. His “Blues from An American in Paris” draws on the blues section from the composition by George Gershwin as it’s source material. In writing the original programme notes for the symphonic work Gershwin himself described the blues section as “”our American friend …succumbing to a spasm of homelessness “. It is perhaps for this reason that the work opens with the famous opening gliss from “Rhapsody in Blue”, another famous Gershwin work, written as a tribute to his beloved New York, before immediately launching into the blues theme. Both upbeat and nostalgic, Mangani makes use of rhythmic counterpoint and dense harmonies to recreate the atmosphere from the original work. The faster blues section in the original work, which was edited out before being recently restored in the latest critical edition, also makes an appearance as the theme evolves and takes on an improvisatory character. The slower blues theme then returns for a final, confident restatement before ending with the piano triumphantly stating the motif from Rhapsody in Blue, ending the work as it began.

Joseph Horovitz was born in Vienna into a musical family before fleeing to England in 1938. He studied in London with Gordon Jacob before continuing on to Paris for private tutelage with the legendary Nadia Boulanger. Finding fame as both a composer and conductor, Horovitz’s compositions are perhaps best known from his writing for television, including The Search for the Nile and Rumpole of the Bailey. Commissioned by his close friend Gervase de Payer, the Sonatina premiered in London in May 1981 and consists of three movements.

The first, Allegro Calmato, is written in classical sonata form. Comprising of pastoral clarinet writing and rippling piano figures, the opening section is a lighthearted and lyrical. Never static, the tempo ebbs and flows throughout before reaching the più moderato contrasting theme. Here, the music takes a more melancholy turn, with the piano shedding some of it’s contrapuntal complexity, whilst making use of more dense and expressive harmonies. Syncopated interjections from both instruments appear throughout, before the lighthearted mood of the beginning returns to close out the movement.

This is followed by Lento quasi andante, a melancholy, contemplative movement which makes use of a long, lyrical clarinet melody and jazz-influenced harmonies. Chord clusters and large intervallic leaps in also pay tribute to the compositional style of both Finzi and Copland. The theme is embellished before sinking into the lower register of the clarinet and fading away.

The final movement, Con brio, is a humorous, jazz inspired rondo. Despite this strong influence, Horovitz was adamant that performers resist the urge to “swing” the melodic line, and instead make full use of the accented and unpredictable offbeat writing to achieve the required effect. Humorous, driving and rhythmic, it calls for virtuosic playing from both performers. Amidst the upbeat writing, a calmer waltzing segment makes a brief appearance before the effervescent melody reasserts itself. A number of bars of constantly changing time signatures, followed a vigorous unison passage propel the Sonatina to it’s conclusion. 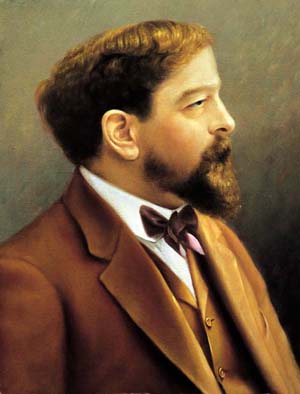 Debussy: Préludes, Book I – Des pas sur la neige (Footprints in the snow)
Comprised of two short fifteen bar segments and a short coda, this prelude makes use of a three note motif throughout. Symbolising the footprints left by the right and left foot, it shifts constantly between dissonance and resolution. After building to a climax, this motif returns, climbing ever higher, before the final four, ethereal footsteps at the top of the piano range sound.

Préludes, Book II – Bruyères (Heather)
Similar in mood and style to La fille aux cheveux de lin from his first book of preludes, “Bruyères,” is a depiction of an idyllic country landscape. Calm and expressive, this prelude exudes warmth and nostalgia.

Préludes, Book I – Minstrels (Minstrels)
Inspired by a somersaulting minstrel show Debussy saw during his 1905 trip to Eastbourne, this prelude is quick and light, and is influenced by the popular ragtime music of the time.

Béla Kovács is Hungarian clarinettist and composer who initially composed his unaccompanied Hommages as a teaching aid for his students before moving on to compose additional works with piano and it is from these that “Shalom-alekem, Rov Feidman!” comes. Dedicated to the great klezmer clarinetist Giora Feidman, the title itself “Shalom Aleichem” is a spoken greeting in Hebrew, meaning “peace be upon you”, to which the response is “Aleichem Shalom” (unto you peace).

This Klezmer inspired piece begins with a meditative clarinet cadenza over tremolo piano chords, which flows into the melancholy main theme of the piece. This theme repeats itself a number of times, always slightly quicker and with more ornamentation and accelerates before concluding in a fast, frantic, dance. 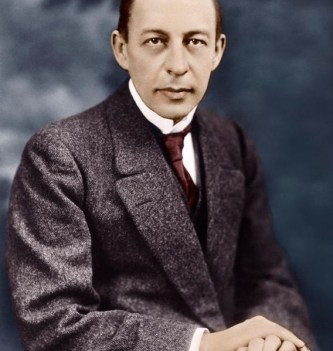 Both the Prelude in F and Polka de V.R. draw their inspiration from Rachmaninoff’s childhood, with the Prelude in F composed in 1891 at the age of 17, being the earliest of these works. The Prelude in F, which remained unpublished throughout his lifetime, marked one of his earliest attempts at this form, before being reworked into a cello prelude, with the cello taking the melody, and the piano being relegated to an accompanying role.

Having announced his retirement from composing with the completion of his Viola Quintet in 1890, a chance encounter with the clarinettist Richard Mühlfeld inspired Brahms to return to work. This partnership was to prove extremely fruitful, yielding not only his clarinet quintet, but his clarinet trio and a pair of sonatas also. Mühlfeld was the most renowned clarinettist of his generation. A member of Meiningen Court Orchestra, he had originally joined the orchestra in 1873 as a second violinist before teaching himself the clarinet. During the summer of 1894, Brahms wrote the two sonatas of Opus 120 – the first significant sonatas for clarinet and piano – and he and Mühlfeld premiered them in Vienna on January 7, 1895. Brahms enjoyed his performances with Mühlfeld in Germany and Austria so much that he gave him all the performing rights during his lifetime, all the fees from their joint performances, and the manuscripts for both sonatas after they were published. Supposedly, the early editions of the sonatas said that they were written for “piano and Mühlfeld” rather than “piano and clarinet.” 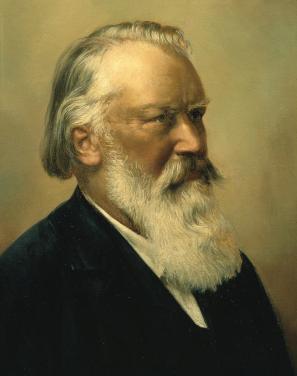 Deeply rooted in the classical form, this sonata is comprised of four movements, with the piano and clarinet treated as equals. This is clear from the opening movement of the sonata, Allegro appassionato, where after a short piano introduction, the clarinet enters with the expansive main theme. Shortly after, it is taken over by the piano, with the clarinet playing an accompanying role. A second theme, this time more rhythmic and driving is presented, and the music weaves between these two before the opening theme is heard once again, this time in a major key, heralding the slower coda which fades away to bring the movement to a close.

The second movement “Andante un poco Adagio” is calm and contemplative in contrast to the driving Allegro appassionato that precedes it. A still, endless clarinet melody is paired with sparse piano writing. A more complex middle section follows, with rippling semiquavers passed between the two instruments, before the opening melody returns, this time paired with more detailed piano writing.

A ländler-inspired upbeat third movement follows, in which a short melody is passed between clarinet and piano before sweetly drawing to a close. A boisterous vivace finale follows. A driving, accented, theme introduced by the piano competes with not just one but two other themes- one expansive and ethereal and the other quiet and melancholy, before triumphing and bringing the sonata to a joyful end.