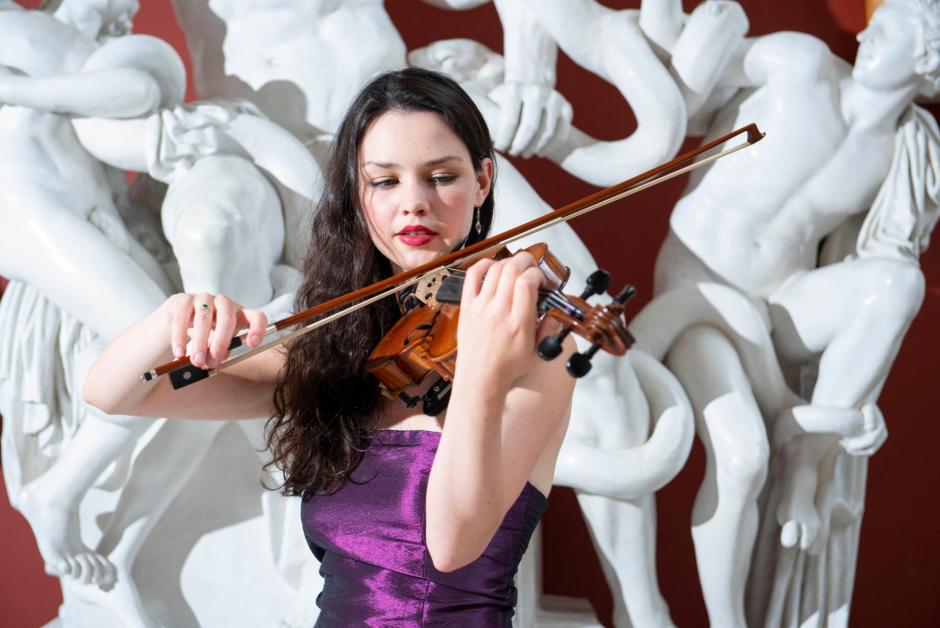 Cork’s own Mairéad Hickey, one of Ireland’s most accomplished and well-loved violinists, joins Belfast-born Michael McHale, one of its leading pianists, for a programme of sublime works for piano and violin by Bach, Mozart, Schubert and Debussy. 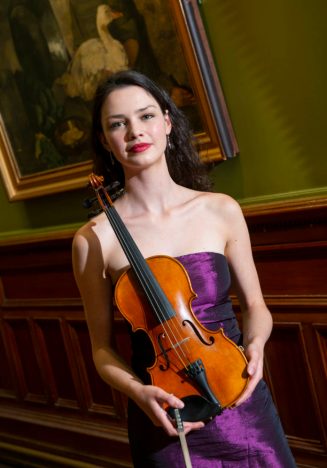 Performing regularly throughout Ireland, she has played with both the RTÉ National Concert and Symphony Orchestras as well Camerata Ireland and Kremerata Baltica. She has performed in every major concert hall in Ireland and abroad in venues including the Royal Festival Hall, London, Beethoven-Haus, Bonn and Carnegie Hall, New York.

Born in 1996, Mairéad began playing the violin at the age of three with Jyrki Pietila. From 2003 to 2014 she studied with Adrian Petcu at the CIT Cork School of Music, Ireland and spent a year in France studying at the Conservatoire de Nantes with Constantin Serban. She is now studying with Mihaela Martin at Kronberg Academy, sponsored by the Hilmar Kopper Stipendium.

Her love of chamber music led her to co-found the Ortús Chamber Music Festival in 2016 in her native Cork, of which she is Artistic Director.

Mairéad also plays traditional Irish music and has won eight world Irish fiddle titles. She has an instructional app ‘Irish Fiddler’ which is available on iTunes.

Mairéad currently plays a Giovanni Tononi violin, kindly loaned to her through the Beares International Violin Society. She is supported by the Arts Council and the Music Network Music Capital Scheme, funded by the Department of Arts, Heritage and the Gaeltacht. 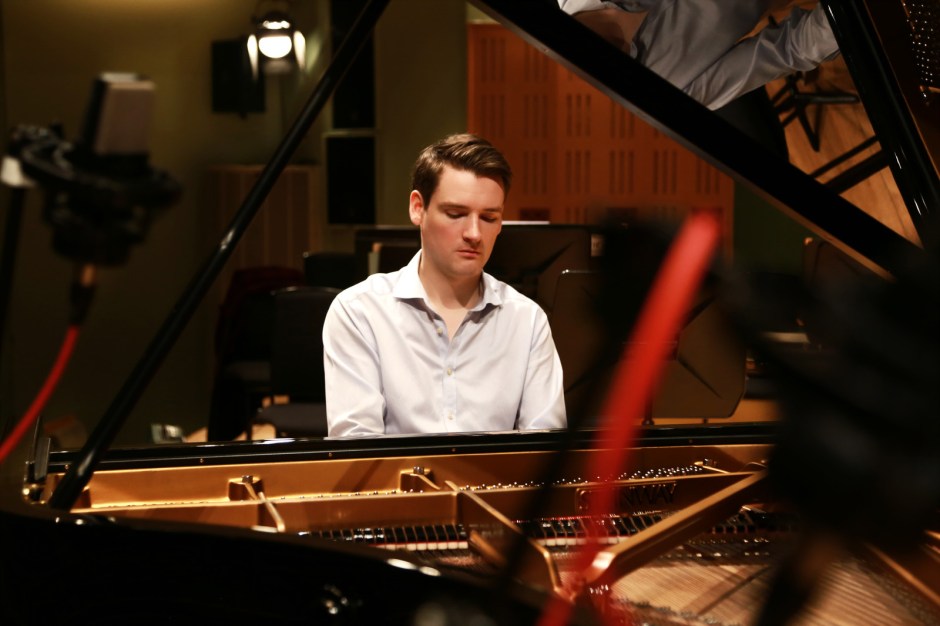 Belfast-born Michael McHale has established himself as one of Ireland’s leading pianists and has developed a busy international career as a solo recitalist, concerto soloist and chamber musician.

His critically acclaimed début solo album The Irish Piano was released in 2012 by RTÉ lyric fm and selected as ‘CD of the Week’ by the critic Norman Lebrecht. More recent solo releases include Schubert: Four Impromptuson Ergodos, Miniatures and Modulations on Grand Piano, and a first orchestral album Irish Piano Concertosfeaturing works by John Field and Philip Hammond with the RTÉ National Symphony Orchestra and conductor Courtney Lewis. His discography of over twenty albums includes releases on Delos, Nimbus Alliance, Champs Hill, Lorelt, Louth CMS and seven duo recital albums on Chandos with Michael Collins. The début album of the McGill/McHale Trio Portraits on Cedille featuring special narrations by Oscar-winner Mahershala Ali was released in August 2017 and immediately entered the Top 25 US Billboard Classical Chart. Upcoming projects include a recording of Strauss’s ‘Burleske’ with the BBC Symphony Orchestra on Chandos, and a recording of two new works by Cliff Eidelman with the London Symphony Orchestra.

Winner of the Terence Judd/Hallé Award in 2009, Michael was also awarded the Brennan and Field Prizes at the 2006 AXA Dublin International Piano Competition, the 2005 Camerata Ireland/Accenture Award, and in 2016 a Major Individual Award from the Arts Council of Northern Ireland. He studied at the Royal Irish Academy of Music, Cambridge University and the Royal Academy of Music, and his teachers and mentors include John O’Conor, Réamonn Keary, Christopher Elton, Ronan O’Hora and Barry Douglas.