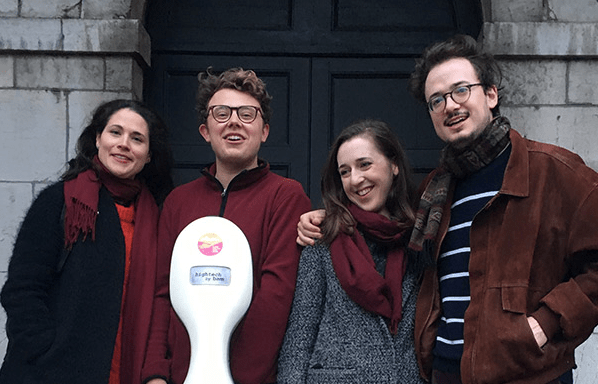 Founded for Barry Douglas’ 2017 Clandeboye Festival, the Lir Quartet is one of Ireland’s most exciting chamber groups. Schubert’s E flat quartet D.87 is a masterpiece of Viennese charm and elegance, written in 1813 when Schubert was just 17. Shostakovich’s third quartet, from 1946, is one of the finest, most evocative works in the repertoire, a heart-rending response to the horror of the second world war.

The Lir String Quartet was founded in 2017 by some of Ireland’s foremost musicians. They were invited by Barry Douglas to perform at the Clandeboye Festival for two consecutive years and have also given concerts as part of the Triskel Arts Centre, West Cork Music and National Concert Hall concert series’. In February 2019 the quartet performed at Aesynth; a festival of music, art and synaesthesia that was curated by violinist Siobhán Doyle and artist/synaesthete Jane Mackay.

The quartet members are based between Cork, London and Paris. Each passionate about chamber music, they have had regular appearances at the West Cork Chamber Music Festival and have all performed at the National Concert Hall ‘Chamber Music Gathering’ series. All former winners of the ‘Clandeboye Young Musician of the Year’, they have had individual success as soloists, chamber musicians and orchestral players, appearing at festivals such as IMS Prussia Cove (UK), Festival de Pablo Casals (France) and Ortús Festival (Cork) and performing in venues such as the Lincoln Centre New York, Philharmonie de Paris and Musikverein in Vienna.