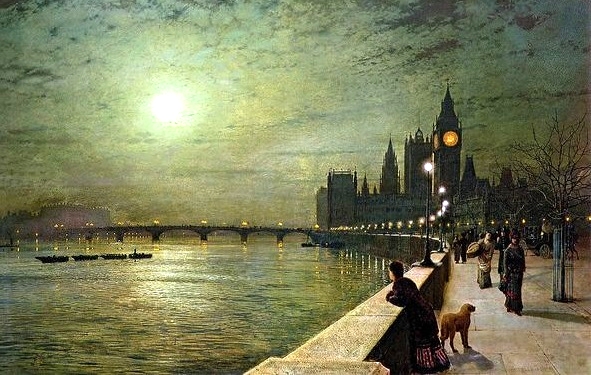 The CSM SO presents a FREE lunchtime performance of Vaughan Williams‘ A London Symphony. Although not strictly programmatic (the composer suggested it would have been better titled “Symphony by a Londoner”), the work still depicts various London scenes, including the Westminster chimes, the street cries of flower sellers, and also some of the grimmer aspects of city life. 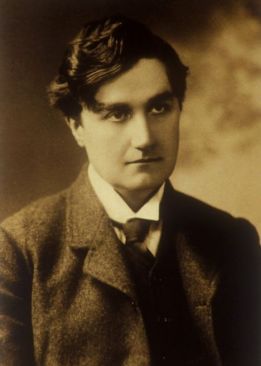 Vaughan Williams’s nine symphonies appeared over a period of more than half a century. He began noting ideas for the first, A Sea Symphony, in 1903 and completed the ninth in 1958. The vast range of his achievement extended from hymn-tunes to operas and symphonies, music for everyday, for special occasions, for Coronations and flower festivals, for films and classrooms; but it is the symphonies which stand at the head of his creative genius. Each Vaughan Williams symphony is wholly individual—wholly different from the others—yet none could have been written by any other composer. His music is instantly recognizable, and with regard to his nine symphonies, once finished and performed they were rarely subject to revision, the exceptions being No 5 (1938–43, slightly revised in 1951), No 6 (1944–47, the scherzo partly re-orchestrated in 1949–50) and—far more significantly—A London Symphony, his Symphony No 2, which following its first appearance in 1914 was revised no fewer than three times. It is more than probable that the revisions of A London Symphony were attempts to make the work more individual and genuinely symphonic, the unfinished ‘symphonic poem’ Hugh Ottaway identified eventually transmuted from pictorialization into wholly organic symphonism.

In considering Vaughan Williams’s symphonies, we should note what he had to say about them himself. In this regard, the note he provided for the third performance of A London Symphony by the Bournemouth Municipal Orchestra under Dan Godfrey in February 1915 is greatly significant:

It has been suggested [by whom was never revealed] that this symphony has been misnamed, it should rather be called ‘Symphony by a Londoner’. That is to say it is in no sense descriptive, and though the introduction of the ‘Westminster Chimes’ in the first movement, the slight reminiscence of the ‘Lavender cry’ in the slow movement, and the very faint suggestion of mouth-organs and mechanical pianos in the scherzo give it a tinge of ‘local colour’, it is intended to be listened to as ‘absolute’ music. Hearers may, if they like, localize the various themes and movements, but it is hoped that this is not a necessary part of the music. There are four movements: The first begins with a slow prelude; this leads to a vigorous allegro—which may perhaps suggest the noise and hurry of London, with its always underlying calm. The second (slow) movement has been called ‘Bloomsbury Square on a November afternoon’. This may serve as a clue to the music, but it is not a necessary ‘explanation’ of it. The third movement is a nocturne in [the] form of a scherzo. If the hearer will imagine himself standing on Westminster Embankment at night, surrounded by the distant sounds of the Strand, with its great hotels on one side, and the ‘New Cut’ on the other, with its crowded streets and flaring lights, then the ‘Westminster Chimes’ are heard once more: on this it may serve as a mood in which to listen to this movement. The last movement consists of an agitated theme in three-time, alternating with a march movement, at first solemn and later on energetic. At the end of the finale comes a suggestion of the noise and fever of the first movement—this time much subdued—follows an ‘Epilogue’, in which the slow prelude is developed into a movement of some length.

Three years passed before the symphony was played again—by the London Symphony Orchestra under Adrian Boult in March 1918, when it was dedicated ‘to the memory of George Butterworth’. Butterworth, born in 1885 and a dear friend of Vaughan Williams, had, according to the composer, suggested the idea of a symphony to him in 1911. Himself a composer of much promise, Butterworth had been killed in action at the Battle of the Somme near Pozières on 5 August 1916. He has no known grave and his name is carved on the Thiepval Memorial.

Following this fourth performance, the first revision of the score, Vaughan Williams made further revisions, the new version being given by the LSO under Boult a month later. This in turn led to the first published score, recorded here, premiered in May 1920 by the LSO under Albert Coates.

Yet Vaughan Williams was still not satisfied. In 1933, he produced the second published—thereafter the ‘Revised’—version, first heard in February 1934 at Queen’s Hall by the London Philharmonic Orchestra conducted by Sir Thomas Beecham. This is the version customarily heard today, but several musicians have expressed regrets at the excision in 1933 of a particularly beautiful sequence in the slow movement: the American conductor Bernard Herrmann petitioned the composer to restore it, but to no avail. In this performance, we can hear for ourselves and perhaps sympathize with Herrmann’s frustration at Vaughan Williams’s decision.

from notes by Robert Matthew-Walker © 2017