Founded in 1938, Cork Orchestral Society presents top-quality classical music of all kinds to the city of Cork, from spellbinding chamber music to spectacular orchestras. Each year the society receives subscriptions from some 250 members, whose support helps the society meet basic costs. In return, members receive a generous discount on ticket prices.

Our concerts are open to everyone whether a member or not, and thanks to the support of the Arts Council and Cork City Council our ticket prices are kept low – in fact the society often presents world class artists at half what it might cost to see them in major international cities.

What our members say about us:

“A worthwhile society, promoting ‘good’ music in the local area.”
“A wide repertoire presented, with high-quality performers at the concerts.”
“There was nothing that I did not enjoy.”
“COS offers a good choice for different tastes.”
“I have never come away from a COS concert without feeling that it has been an occasion. ”
“Many concerts were worth the standing ovation.”
“Too many concerts attended over 30+ years to highlight one favourite.”

BOARD OF DIRECTORS (as at November 2021)

Tom Crowley
Tom Crowley is a native of Cork. He graduated with honours from the Cork School of Music where he studied for a BMus with Adrian Petcu. During his studies, Tom spent a year on an Erasmus exchange in Bucharest where, amongst other things, his interest was sparked in conducting.

While in Romania, Tom studied under Maesto Dumitru Goia; a disciple of the St.Petersburg school of conducting. It is in Romania that Tom had his professional debut, with the Botosani Philharmonic. He has also conducted the National Chamber Orchestra of Moldova. Before returning home, Tom placed 2nd in the Jeunnes Musicalle International Conducting Competition in 2012.

Now based in Cork, he happily splits his time between the violin and conducting. He is the principal conductor of the Cork Concert Orchestra, conducts the Cork Chamber Choir, the C.E.T.B Youth Orchestra and works frequently with the Quercus Ensemble in Northern Ireland and the Brandylane Orchestra in Cork. He has formed a chamber orchestra in Cork; Stormport Sinfonia, with whom he has most recently recorded a the soundtrack for an Irish documentary – A Doctor’s Sword. Working with various ensembles, Tom has premiered works by many composers, including C.S.L Parker, Sam Perkin, Paul Patterson, Peter Power and Sam Barker.

Tom Doyle
A graduate of both UCC and MTU Cork School of Music, Tom Doyle is highly sought after as a musical director and pianist in Cork City and its environs. With a keen interest in both musical theatre and opera, Tom’s credits as musical director have included The Stalls (Ulysses Theatre Company & Cork Midsummer Festival), Pubcrawl: the Musical (Chattyboo Productions), The Events (MTU Cork School of Music), I Love You, You’re Perfect, Now Change (Chattyboo Productions), American Idiot (MTU Musical Society), Songs for a New World (Hibernian Ensemble), The Opera Director based on Mozart’s Der Schauspieldirektor, The Last Five Years (Scruffy Duck Productions), [title of show] (UCC Dramat) and Ragtime (UCC Dramat).

As a choral enthusiast, Tom has had the pleasure of working with the Blackpool Parish Choir, Mayfield Gospel Choir, the Fleischmann Choir, Cork ETB Youth Choir, the workplace choirs at Musgraves and Cork County Council, Munster Rugby Supporters Club Choir, Cantate, the choir at Presentation Secondary School Ballyphehane, the Willcolane Singers, and the Cork Garda Male Voice Choir. From 2008 – 15, Tom conducted the UCC Choral Society, helping to produce the ever-popular “Carols by Candlelight” in the Honan Chapel as well as winning several awards at international competitions in Ghent, Verona and Olomouc.

An accomplished pianist and répétiteur, Tom has worked with many singers including the late Cara O’Sullivan, Majella Cullagh, Mary Hegarty, Emma Nash, and Jean Wallace, as well as with ensembles such as Irish Youth Opera, Cork Operatic Society, CSM Opera Platform, the Cork Concert Orchestra and the Band of the First Brigade. Tom lectures in conducting at MTU Cork School of Music where he also directs the musical theatre choir Union.

Maria Judge
Maria Judge is Head of Musicianship and Academic Studies at the CIT Cork School of Music. She studied at UCC and at the Kodály Institute, Hungary. As a composer, Maria was awarded the Ó Ríada prize for Composition at the Cork International Choral Festival and has had a number of works performed on radio and television, most notably by the Chamber Choir of Ireland, Cois Claddaigh, Galway and Turivox Chamber Choir, Zurich. In addition to her Academic Leadership of one of the largest Departments in the Cork School of Music, Maria currently conducts the 60-strong CSM Junior Childrens’ Chorus and also, Cappella Lyrica, award-winning female-voice choir of CSM Degree students. The choir has established a relationship with contemporary music in the commissioning of new works by Irish composers, and in the performance of new music, most recently the premiere of Out Into by Emily Hall and Enda Walsh with Crash Ensemble at the 2017 Sounds of a Safe Harbour Festival.

Coral O’Sullivan
Coral O’Sullivan is a Law Graduate of UCC, subsequently achieving a BMus and an MA from CIT Cork School of Music, where she lectures in Oboe. She also teaches Oboe with the County Cork School of Music, and is a Librarian with Cork County Council Library and Arts Service. Coral is an active freelance musician, choral singer and member of the Everyman Palace Theatre front-of-house team.

Joan Scannell
Joan Scannell is a cellist and has been Head of String String Studies at CIT Cork School of Music since 2006. Joan is a Cork native and was one of the first students selected from her primary school for the, then experimental, Suzuki String Programme, piloted by Denise and Renee Lane, as an initiative of the CSM and its director Bernard Curtis. The CSM Suzuki Scheme continues to be an integral part of the city’s music education infrastructure under her watchful eye. Joan later studied with Canadian cellist, Paul Pulford, and also Michael Steinkuhler, Ursula Willis and Gerry Kelly.

An honours BMus graduate of UCC, Joan also was awarded an MA in Performance from CIT CSM, having previously been awarded a Dip.CSM – the precursor of the current BMus degree. She combined a career as a freelance orchestral player – RTE National Symphony Orchestra; Galway Baroque; East Cork Choral Society et. – with her teaching for Cork School of Music, Cork County School of Music, and Kerry School of Music. A keen chamber musician, Joan was for many years a member of the Orpheus Trio, among other groups, performing around the country and making several broadcasts for RTE TV. She also lectured and coached chamber music at University College Cork and was, for a time, a member of Jimmy Crowley’s infamous Stoker’s Lodge!

Since becoming Head, Joan has managed a period of change and has kept the String Department as the preeminent centre for string training, at every level, in Ireland. Recruiting all four members of the original Vanbrugh String Quartet, and many professionals from the Irish Chamber Orchestra has been key to maintaining the standard that continues to see students and graduates continue to win national and international awards and prizes and become appointed to positions in professional orchestras around the world.

To download a copy of Cork Orchestral Society’s recent audited accounts and chairperson’s reports, please click on the relevant link below:

COS is committed to comply with the charity Statement of Recommended Practice (SORP), and to implement the ICTR’s Guiding Principles of Fundraising. 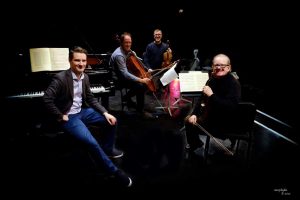 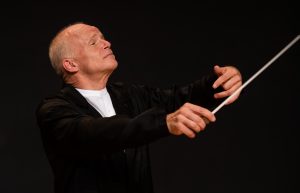